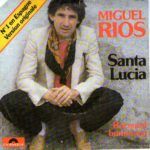 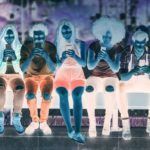 Even if it looks like a lie, and, friends Yes, there are still people who say that the world has not changed. And it's no joke, They say it because they believe it. It's true what they say or, Conversely, everything has changed to the extent that does not recognize nor his mother fucking?

It is obvious that not all, but some changes can be good. If not for that, maybe we would still be in the stone age to, giving sticks in the head by a piece of raw meat.

Of course, We must find a point in history to place ourselves at the time of transition. And this more clearly that the millennium has been important. Those born after that date, baptized as millennials, you have to put things in English or we are nothing, They are those who have already come up with a tablet, a smarthphone or any of those devices that loads the devil under his arm. They are what has come to be known native technology.

There was a time when people were cited, I was going to the park for a walk, of who, or a good restaurant to try the excellences of either cook…Now, people no longer cited. Okay, yes, but through networks to make a little game of God of War, Assassin’s Cred o Resident Evil.

Networks are quote, Today the thing tries to kill a little, see a series of pull on Netflix and ordered a pizza as more ultraprocesada better. And if this is not change friends, God and see it come.

I'm sure that for every ten born after the 2000, nine or the name of Miguel Rios ring a bell, nor they know it is a Spanish rock of the twentieth century and among other songs, He sang that he began as the title of this article.

If you're millennial, no longer visits to the royal park, there is no actual quotes. there is no real departures on Saturday to go to the movies or to a nice restaurant. Go eat a good rice or fideuá, a mixed Escudella or Galician stew does not sound real.

If with 30 years even live in your parents' house, You have no income to afford a dinner spending 40/50 € per person because you have a precarious job or just, you do not have a job, and your world revolves around play station, series and football, pizzas and burgers, how can we be surprised that the restaurants are empty?

It's not one thing. Is a sum of many that make everything has changed profoundly. The philosophy of life of the twentieth century no longer exists. Supplied technology to the actual contact, the fast-food supplied to the real food, virtual to physical replaced.

For the first time in a long time, It is quite possible that a generation, of this we are talking, The one of the millennials, live worse than its predecessor, their parents. Among the they killed and she died alone.

And no citations are given, no longer it is going to the park. A and will, is to make a bottle / Hangout organized through networks. Every day you live and die a few times, and before finishing the day, you look simply, how many likes They have given your false personalities, Others your life and fantasy you've created from virtual.

Now tell me that we have not changed.