From the beginning of time, the way in which the human being to fed has always evolved alongside ourselves. No more than six hundred years ago, life expectancy was one third of the current. People died mostly young by a small handful of reasons…the wars, hunger and epidemics. It was not enough.

Nowadays, these circumstances, everything and still in force, do not affect the increase in world population. Why? A mathematician would tell us that the result of “something twice” It is not always the same. Not the same twice twenty-two. And nowadays, We are multibillion on the planet. To be exact about, Today, 24 April 2019 we become, head up, head down, some 7.565.000.000 …

But that increase the average life expectancy in humans is, as we said a moment ago, relatively new. When we started to cultivate, shepherding flocks and, more or less, control what we eat without much stress as when we had to hunt, collect and look for life, They start to change things.

But the radical change is when we started to work things to eat, and for our convenience, We can think of store. Grow our pantry. Initially, pantries were very basic…will, Water, cereals, dry meat or fish…

But that becomes complicated when, to try to make our reserves last longer, to increase our pantries. We started to search for items, one way or another, help us preserve food for longer. And salt, smoke, The cans, We are limited. We want more.

And it is here, when we begin to live dangerously, basically because we started eating dangerous things. We started adding additives to the basic things to eat. We begin to process food, or what comes to the same thing, We started digging our own grave.

And, our average life expectancy has increased, we are more on the planet, but it is also true that, diseases that lead us to another neighborhood that are now everyday and we accept as part of our share of existence, They did not exist before the food began to be processed. Since there were many diseases that decimated civilizations when Europeans went to great discoverers “colonize” new worlds.

Things like high blood pressure, the obesity, diabetes, cancer in many of its facets, allergies according to types of food components, to gluten, etc. Half a century ago there were no. They appeared when we started adding, process food.

It has altered sense of a food color to make it look more appealing to the eye, thicken a liquid consistency that is more pleasing to the palate, enhance the flavor of a plant, correct the acidity of a sauce?

I do not think so. the bad, is that many of us, We never look at the back of a food package in search of all these additives. simply, We ignore them and we eat them. We eat the parentheses, letters and numbers of all these artificial additives. Not that we complained. 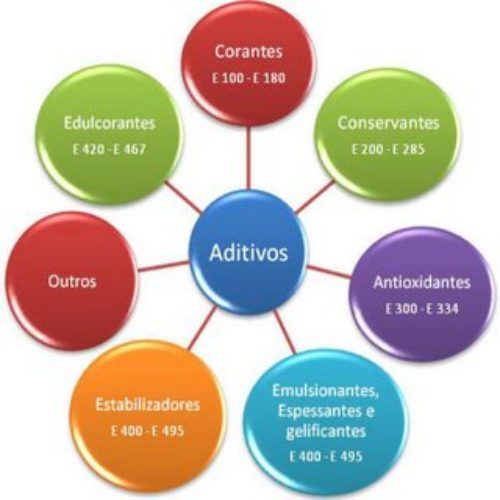 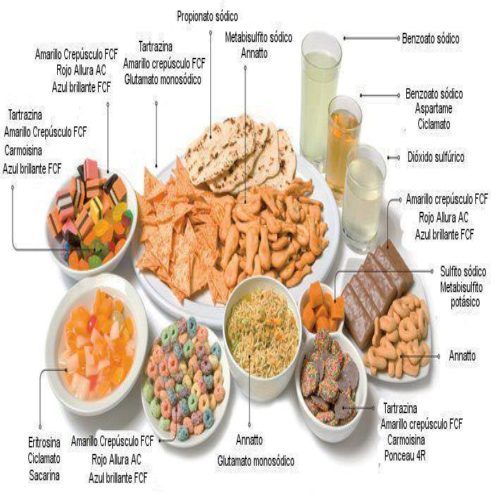