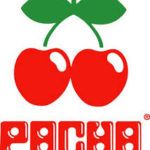 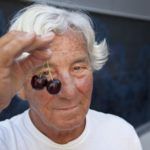 Leo today, 19 July 2019, an interview in La Vanguardia a man who I consider my second father.

Every time I read some of these interviews, periodically publish media I find more and more aware of the misery in which we live and the worst, how little we do to try to eradicate.
We live in a world of false modern, of carcasses uncorrupted, of casposos suit of the XXI century when the interior is the fifteenth century
Speaking RICARDO URGELL, In uppercase, because if it deserves, how things have changed. And more things, people. Says the inventor of the brand PACHA, In uppercase, Because it deserves it, of the concept of success, of happiness, of significance, visibility, of the reason for the existence.
And when I compare this man of over eighty years, Catalan Barcelona, discoverer of Sitges when Sitges was a wasteland and inventor of Ibiza when Ibiza was an island unknown to the world, when I liken, I say, with the “birds” that it has touched us luck (bad luck) support as rulers, businessmen, doers of good and bla, blue, blue, I get a weak laugh not like stopping.

The man who invented the nightlife in the world, and, in the world, say well, he has achieved in less than 50 years put his mark on more than one hundred establishments (many more) and it has been dubbed the “Architect night”, thing I never discuss speaks in a transparent manner, diaphanous, simple and honest.
And we discover the true background of the human person in general. We're pretty miserable, unintelligent, disingenuous and quite assholes.
That's nothing. And we are the superior race of the planet!!! For us and will.
Ricardo speaks from his position retired luxury. A couple of years ago he sold his empire to a business group 300 millions of euros. That is the thing. And for the record that Ricardo, the 300 millions who have taken to business, they have been won. Nothing revolving doors, no boards, no prevarications and shenanigans.

Cast, despite the immense amount of obstacles, problems, penalties and fines over the years would have been imposed they do not know who? effectively!!! bingo!!!! policy shift. Large and intelligent politicians and Spanish major smart've been voting, Without knowing that walking shoes, or that deodorant use, or what language they speak in privacy.

In many years, in the history books, this band of petty politicians who a few decades ago has invaded us, will not be more than a mere reference paragraph.
Anyone doubt that in thirty years, one such Rivera, one Sanchez, A married, a church, will not be more than a mere reference paragraph?
for that.
In counterpart, no doubt, when the entertainment system is studied in the twentieth century, how the invention festive night, how music tamed the beasts, how the Flower Power seized the most open minds, Ricardo Urgell with bright letters appear in a special section.
Because throughout history, the few who have had something to do with evolution, Einstein was a physicist Nobel, Newton , their math and physics, Darwin and his theory of evolution of species, They form a group of hard core that has made us much good. In that group, without blushing, I would include Urgell, inventor of nightlife, the happiness of being, of the live and be happy.
It will sound strange, but I see this man more in this group than any of those who now rules the world. Seriously, sad, very bad baba, being born embittered and eager to appear. And jorobar to neighbor, as well.
At the end of everything, the intuition, the vision of happiness and trying to make a better world from the music and entertainment are a very healthy way to approach life.
Read the interview in La Vanguardia, I wonder if you really have over eighty years is the inventor of pasha and cherries or misery in which we as rulers.
Let's see if it will prove that the child is Ricardo, and the “modern” Today they are more outdated than a soup on 1967…